Learning Today For A Better Tomorrow

People in different regions of China speak differently, including such dialects as Mandarin and Cantonese, etc. But the meaning and the written Chinese language is the same for everyone.

It may be obvious to some, less to others, but the Chinese writing system is not based on an alphabet. An alphabet consists of a small number of letters. Letters represent sounds. They spell out how words should be pronounced. Letters don’t have any meaning by themselves. A Chinese character on the other hand is a more complex unit, it contains an indication of pronunciation as well as an indication of meaning 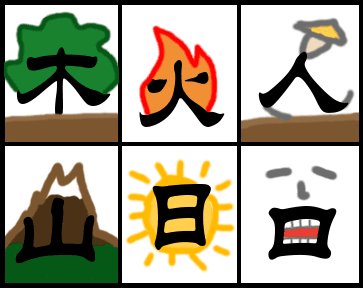 Let’s take an actual Chinese word as example and see how this works:

Let’s imagine we can split it in English the same way: [YESTER] + [DAY].

Course target: Our course is designed for people who have reached a proficient enough level in spoken Mandarin, keen to embark on a more in-depth study of Mandarin, and/or who aim to be able to sit for the HSK (Han Yu Shui Ping Kao Shi) examination.

Course includes an introduction to simplified Chinese characters, and comprises such aspects as a presentation of the different types of characters; their origin; the order and orientation in which strokes should be written, as well as strategic ways to best memorize them.

Elementary course: by the end of the course, you will have acquired a fundamental knowledge of how Chinese characters work, will know at least 400 of the most frequently used characters, and will be able to recognize about 50% of the characters used in books and newspapers.

Intermediate course: by finishing the course, you will know at least 900 of the most frequently used characters, and will be able to recognize about 70% of the characters encountered in everyday modern reading.

The courses make use of practical, easy to follow textbooks that offer a step-by-step approach to written Mandarin. In addition to your course book, you will receive supplementary materials to make your learning experience more varied and interesting.